The Town Clock
A significant part of Collinsville history, the town clock, began life on the DeKalb County Courthouse located in Fort Payne.  The Seth Thomas timepiece, dated December 28, 1924, was built by the Seth Thomas Clock Company in Connecticut.  Purchased by the county for $1300, the clock was installed by A.A. Miller of the Light and Power Company on the courthouse.

When a new courthouse was to be built, the DeKalb County Commission voted unanimously to give the clock to the city of Collinsville.  On March 19, 1951, Walter T. Weaver assumed the responsibility of moving the clock.  In April of that same year, three men, under Weaver’s supervision, began the task.  Ladon Gilliland, Jackie Weaver and Wallace Teague, employees of the Peoples Telephone Co. which belonged to the Weaver family at the time, carefully took each piece of the clock down.

Several trips by truck were necessary to move the huge timepiece weighing around 700 pounds with a 4000 pound bell.  A tower to house the clock was constructed on the 1946 Cricket Theatre owned by Weaver’s son Millard.  The clock was hoisted to its new housing using an old A-frame truck and the clock and tackle method.  Tom Templeton constructed a new set of numbers and hands for the clock.  Late in 1951, the clock, with its original mechanical moving parts, was operational.

A few years later, Weaver wanted the clock to be electrified, so he wrote a letter to the Seth Thomas Company asking if this could be done.  The answer came back an emphatic “No!”  Not willing to give up his idea, Weaver drew up a set of blueprints and submitted them to the clock manufacturers.  After study, the company agreed with Weaver on his method of electrifying the clock.The four-faced clock that became the town logo was maintained for many years by Ladon Gilliland, a Collinsville resident.  Later, Collinsville Police Chief, Clement Osborn did maintenance work.  Still later, Pat Cantrell, fire chief, climbed the narrow Cricket ladder to the tower to set the clock.

As time passed, the clock needed more and more maintenance which became costly to the town.  Citizens became concerned about the safety of the clock tower that had become home to hundreds of pigeons and had settled in a leaning position as the roof of the Cricket gave way. After discussions, town meetings and suggestions from citizens, the Collinsville Town Council voted April 5, 2004, to remove the clock tower from the Cricket Theatre, disassemble it and carefully label and store all the parts until a new tower or place for display could be had.  Thursday, May 6, 2004, CDWeaver Construction with Barnhart Crane Service and Timothy Smith as subcontractors began their task about 8 A.M.  By 11 A. M. the clock was resting on Main Street. 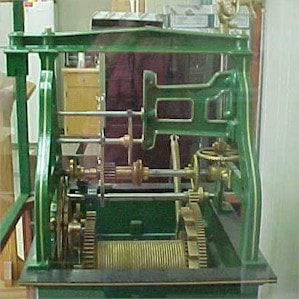 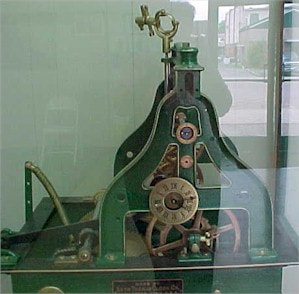 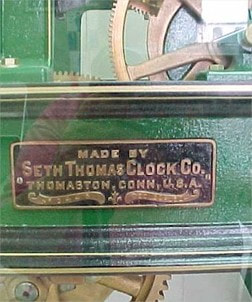 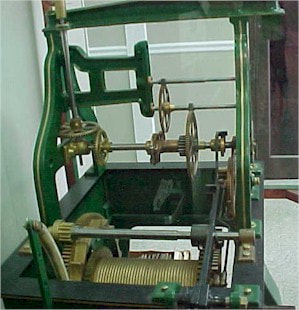 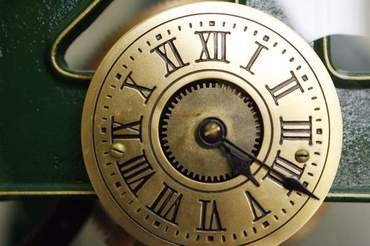